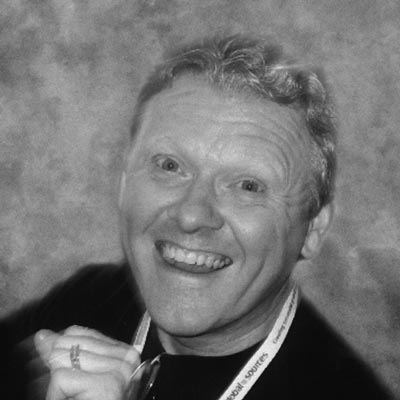 It is with great sadness that we announce the passing of our beloved husband, father and grandfather. Peter passed away at his home in Airdrie on Wednesday, April 23, 2008 at the age of 54 years.
Peter touched the lives of all who knew him in a special way and he will always be remembered for his love of life and family and for his dedication and generosity.
Peter is survived by his loving wife Denise; daughter and son-in-law, Nichola and Dave; his son Andrew and grandchildren, Katelynn, Payton and Haley. He is also survived by his father, brother, nephew, mother-in-law, sister-in-law and two nieces all living in the UK.
A Celebration of Peter’s Life will be held at McINNIS & HOLLOWAY’S Chapel of the Bells (2720 Centre Street North) on Wednesday, April 30, 2008 at 2:30 p.m. If friends so desire, memorial tributes may be made directly to the Canadian Cancer Society, 200 – 325 Manning Rd. N.E., Calgary, AB T2E 2P5 Telephone: (403) 205-3966, email jordanp@cancer.ab.ca. Forward condolences through www.mcinnisandholloway.com.
In living memory of Peter Topping, a tree will be planted at Fletcher Park Memorial Forest by McINNIS & HOLLOWAY FUNERAL HOMES, Airdrie Funeral Home, 300 TOWERLANE DRIVE, AIRDRIE. Telephone: (403) 948-1100.