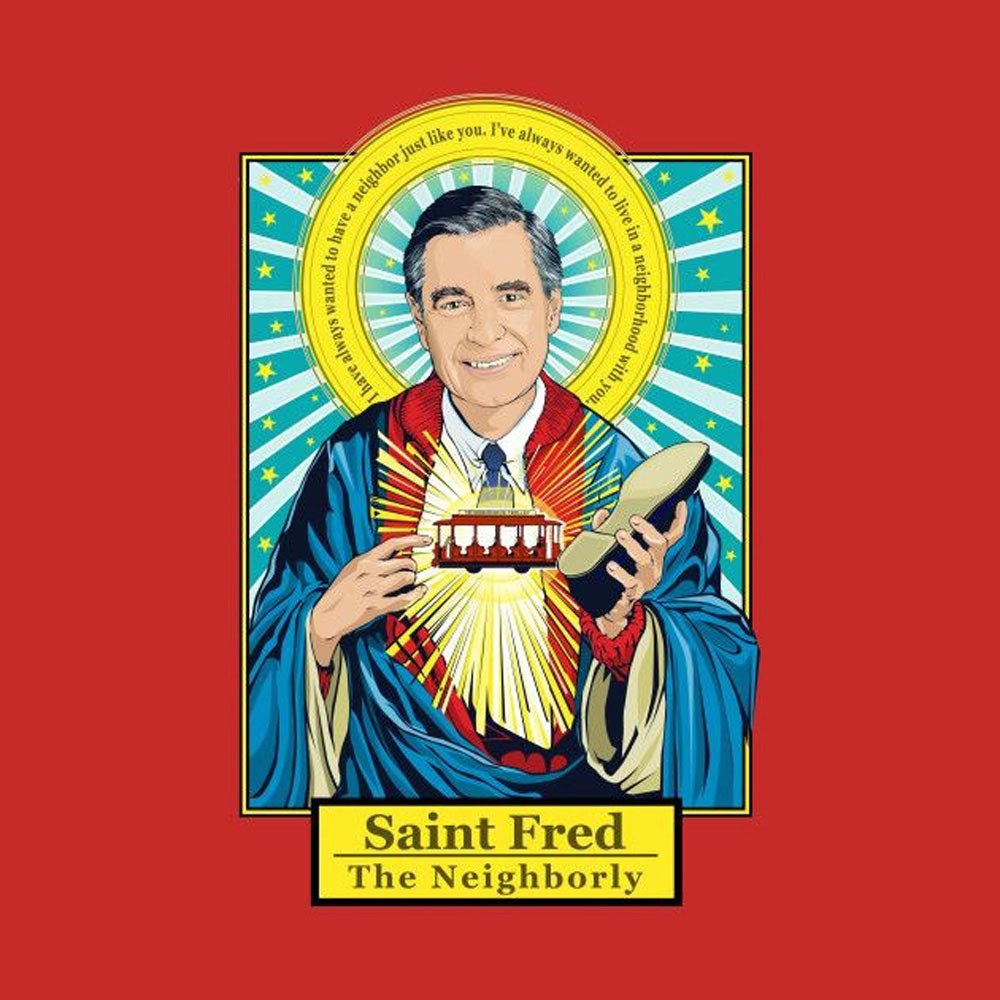 In my office hangs an illustration of ’Saint Fred, the Neighbourly.’ To millions of people, Fred Rogers represents the very best of us. With patience and kindness for children, he showed the world what it meant to see another person, value them, and relate with gentleness and love. Mr. Roger’s Neighbourhood was his television show where, over 31 seasons, he became the welcome neighbour that we all hope to have next door. He was also a voice of calm, helping kids think about complex problems in their worlds, like divorce and conflict. His simple style did not make his message irrelevant, but rather deeply meaningful to a fast paced culture where people were increasingly unable to see each other clearly. Mr. Rogers would welcome guests to his show and meet them with genuinely attentive questions. He wanted children to learn that we can listen, and be heard – that our lives and stories matter. Fred Rogers once said, “Frankly, there isn’t anyone you couldn’t learn to love one you’ve heard their story.” He was intensely curious about others because he found them worthy, good, and special.

For many, Mr. Roger’s represents a beautiful way of living out our own faith. His message and lived values of love, peace, hope, and gentleness are rooted in his experience as a Presbyterian Minister. He was ordained not to the pulpit or local church, but to communicate with children, reminding them of their worth and value, and create a culture of peace through his television show. It was a novel approach, but one that resonates widely decades later. It is a model for how we can live our our values, faith, and lives with integrity and intention.

Mr. Roger’s birthday is March 20th, he would have been be 94 this year. In celebration of his life and legacy, March 20th has been named Mr. Roger’s Day. It is a chance for us to uphold and reflect on a life of such simple and genuine kindness for others.

You can celebrate Mr. Roger’s Day by pulling out your favourite red cardigan sweater join with others in finding ways of loving your neighbourhood. You can watch an episode of Mr. Roger’s Neighbourhood, like the episode where he washes the feet of Officer Clemmons. He did so as a response to racial violence, and it represents such a hopeful moment in the midst of unrest and hatred. You may want to reach out to a child in your life or a neighbour family and encourage them with a gift, or an encouraging note – every child needs to hear that they are special and seen. Consider watching a documentary about his life or picking up a book. However you celebrate, you are encouraged to slow down, meet another, and embody a bit of his gentleness for another.

Here are a few of Mr. Roger’s words of wisdom as you celebrate ‘Saint Fred, the Neighbourly” this year:

“The media shows the tiniest percentage of what people do. There are millions and millions of people doing wonderful things all over the world, and they’re generally not the ones being touted in the news.”

“Love isn’t a state of perfect caring. It is an active noun like struggle. To love someone is to strive to accept that person exactly the way he or she is, right here and now.”

“When I was a boy and I would see scary things in the news, my mother would say to me, ‘Look for the helpers. You will always find people who are helping.’”

How Much is that Doggy in the Window?

Stretching Out Summer in the Neighbourhood