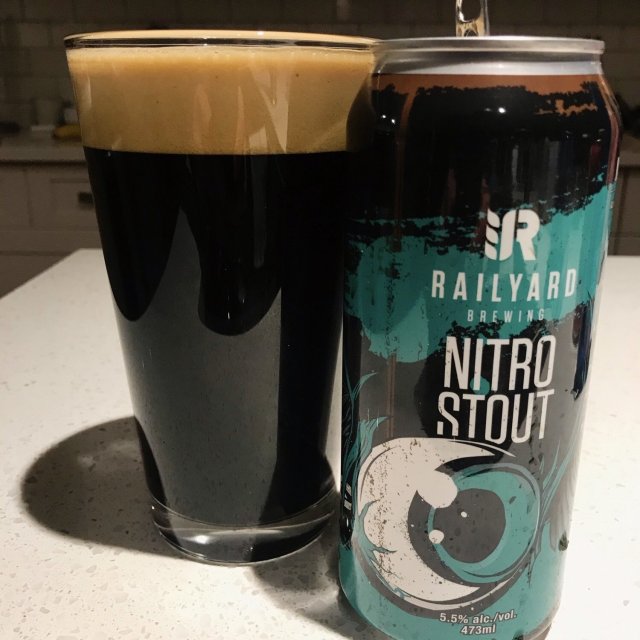 While I wait out the 3rd wave of the pandemic from the safety of my windowless basement, the annual St. Patrick’s Day bacchanalia last week was the most sedate and dignified March 17 in my living memory.  There were no gallons of green beer flowing at the local watering holes, nor a sea of green t-shirts proclaiming “Kiss me I’m Irish” to all and sundry, nor any shamrock-related shenanigans at all.

After many years eating Shepherd’s Pie and guzzling Guinness every March 17, this year was a sombre and solo affair due to these tragic pandemic times we live in.  Rather than four-leaf clovers and leprechaun hats at the local pub, I spent the day safely ensconced at home, eating potatoes and drinking the best locally produced version of a Dry Irish Stout this side of Dublin.

For those not familiar with the historical underpinnings of this important holiday, Saint Patrick (386-461 CE) is the patron saint of Ireland, and is widely credited with both bringing Christianity to Ireland, and driving all the snakes out of the country.

While scholars have found considerable evidence that Saint Patrick was wildly successful in converting the pagan religions of the island to Christianity, that whole story about the snakes is a load of blarney.  Ireland is an island that has been separated from the European mainland since the end of the last ice age, nearly 8000 years ago.  There have never been snakes in Ireland, and most students of Celtic history agree that the story is symbolic, representing the chasing out of the pagan rituals of the Druidic priests, which made heavy use of serpent imagery.

Saint Patrick was born into a wealthy British family, and although his father was a Christian deacon, it has been widely suggested that he took the role mainly for the tax incentives, and not due to any deep religious convictions.  Saint Patrick was kidnapped by Irish raiders when he was sixteen, and spent six years in captivity in Ireland.  He eventually escaped back to Britain, but returned to Ireland in his thirties as a missionary, working to spread the message of Christianity.

Since his years of captivity had made him familiar with Irish language and culture, he incorporated existing rituals and symbols into his teachings, making them more palatable to the natives.  Since the Celtic tribes honored their gods with fire, Saint Patrick started using bonfires to celebrate Easter.  He also added a traditional Irish sun symbol to the Christian cross, creating what we now know as the Celtic cross, which was much easier to sell to the natives as a symbol of worship.

Owing in part to its large population of Irish descent, our Newfoundland brethren call home the only Canadian province to observe Saint Patrick’s Day as a statutory holiday.  That’s right folks – they get the day off in The Rock!  Despite ongoing lobby efforts by the Guinness corporation, none of the other Canadian provinces seem to be following suit.  If there was ever a reason for you to write to your MP, this is surely the one!

While I have long been a fan of Guinness, even making the sacred pilgrimage to the wellspring in Dublin to sample the black stuff straight from the brass taps at the Guinness Brewery, the rise of craft brewing in Alberta has shifted my preference to a locally produced option.

Guinness is made in the style of a Dry Irish Stout, and was my favourite example of the style for many years, but that crown has been seized by Calgary’s own Railyard Brewing, located right beside the airport.

Their Railyard Nitro Stout is made in the same Dry Irish Stout style as Guinness, but with locally grown Alberta barley and Rocky Mountain spring water.  In my not so humble opinion, this just may be the best stout beer available in Alberta today.

As the grandaddy of Irish Stouts, Guinness still holds an honoured place in my heart, but the local Alberta-made offerings are every bit as good and more.  True to style, the Railyard Nitro Stout is pressurized with nitrogen instead of carbon dioxide, providing a silky and creamy mouth feel.  Unlike other beers, nitro stouts should be poured vigorously from the can into the glass, upending the can entirely while pouring.  You will be rewarded with a thick and creamy head on the beer that not only provides a beer moustache while drinking, but adds flavour to every sip!