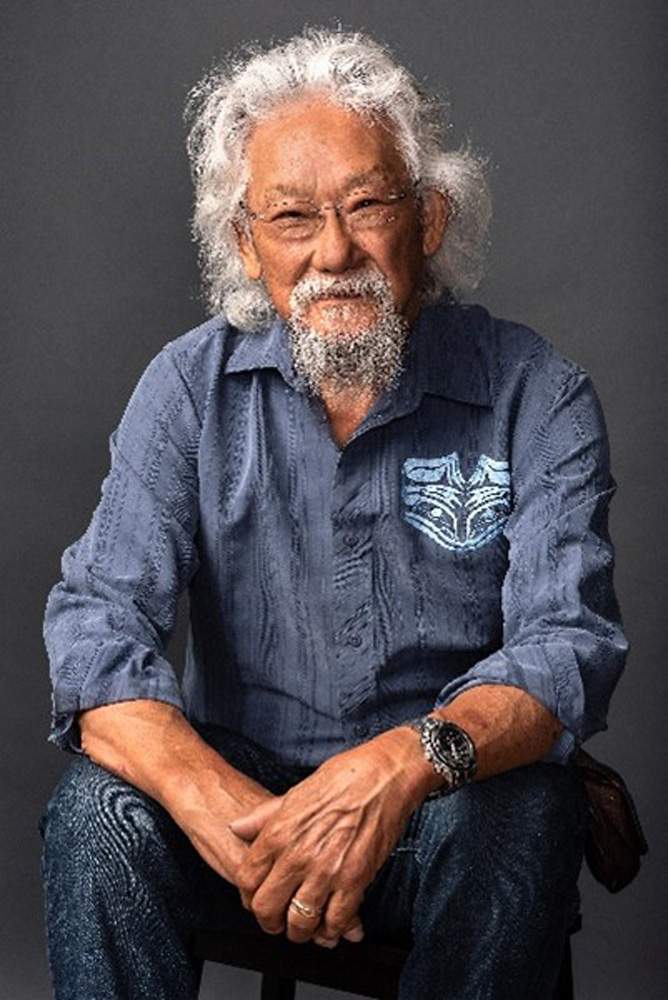 “We’re in deep, deep doo-doo,” said David Suzuki at an Extinction Rebellion protest in Vancouver, B.C. on November 20, 2021. “This is what we’re come to. The next stage after this, there are going to be pipelines blown up if our leaders don’t pay attention to what’s going on.”

Shortly afterward he issued an apology stating “The remarks I made were poorly chosen and I should not have said them. Any suggestion that violence is inevitable is wrong and will not lead us to a desperately-needed solution to the climate crisis. My words were spoken out of extreme frustration and I apologize.” He went on to say, “We must find a way to stop the environmental damage we are doing to the planet and we must do so in a non-violent manner.”

Okay, we’re human, and at times we say things in the heat of the moment that we truly regret afterwards. Apologies are always appropriate and appreciated, but in the end, there is often a dent left in the relationship, and that dent does not get completely smoothed over with an apology.  Some people have called his words reckless and dangerous, while others see them as a threat.  David Suzuki is a very influential person on a global scale with a huge following. It is possible that his words might trigger someone into taking dangerous action. We won’t know the long reach of his statement for a while to come. He might have apologized after his reckless statement, but did he light a fuse that can not be unlit?

While I do not condone Mr. Suzuki’s words, I do understand his frustration and passion for this cause. It’s one he has dedicated his life to for over 40 years now.  I’m 100% in support of increasing our efforts to replace fossil fuel, but this is not an easy 1-2-3 issue. Creating a greener, more sustainable form of energy is complicated, mired in political issues and not as green as some people would have us believe.

I am not, by any means, an expert on this topic. I do not have the answers; sometimes I don’t even know the right questions to ask. Like many others, I find myself hoping and praying that bright scientific minds will prevail to present the solutions we are desperately seeking. But in the meantime, while we are working towards creating a greener and more sustainable form of energy, I support clean, ethical and responsible Canadian oil & gas.

I’ve heard it said that if everyone in Alberta had an electric car and plugged it in tonight, there wouldn’t be enough electricity to get us out of town tomorrow morning, let alone get to work and back home again (and all the other places we drive to every day.) The bottom line is, we have a lot of infrastructure work to do before we can kiss fossil fuel goodbye.

Like many others, Mr. Suzuki takes a plane to travel around the world to deliver his message on the evils of fossil fuels. We just watched the COP26 UN Climate Change Conference, hosted by the UK in partnership with Italy that took place from October 31 to November 12, 2021 in Glasgow, UK. Where an estimated 100,000 people were in attendance. An estimated 118 private jets flew their elite passengers to the climate summit, creating approximately 1,000 tons of Co2.  On July 11th we watched Richard Branson and his crew take a 90-minute space cruise, followed by Jeff Bezos’s 11-minute space flight on July 20th. According to a report by Lucas Chancel, a fellow at the Institute for Sustainable Development and International Relations, the carbon emissions of an 11-minute space flight are estimated to be at least 75 tons.

There are many other areas in the world for Mr. Suzuki to focus his environmental sights on, other than the Canadian pipelines. Countries that are producing oil at a huge detriment to the environment like fracking with little to no pollution controls and poor to non-existent safety for workers. And then there’s the darker side of some oil countries; using the profits to pay for war.  Canada looks pretty good now, eh?

In summary, I don’t think anyone is in the dark that we need to reduce our dependency on fossil fuel but making veiled threats of pipelines being blown up is definitely not the way to shed light on this hot button issue. It may however light a potentially dangerous fuse that cannot be unlit. Mr. Suzuki may be very passionate about the environmental health of the planet, but he must be more responsible in his messages to the public.

This is my opinion. What’s yours?

Did David Suzuki act irresponsibly in his speech?
Total Votes: 8
Voting is closed

Comment below to join the Hot Talk in the City online conversation!

Karen McKee moved to Chestermere from Thunder Bay, Ontario in 2012. She and her husband of 42 years live a very active life with a family of 4 children and 1 grandson. Her earlier work career was in sales & marketing. In 2014 she became a Certified Coach Practitioner and in 2015 she formed her company PathwaysCoaching.
Karen volunteers in our community for multiple activities and events.
She is passionate about excellence in leadership and good governance and hopes to share that passion with others through her writing.