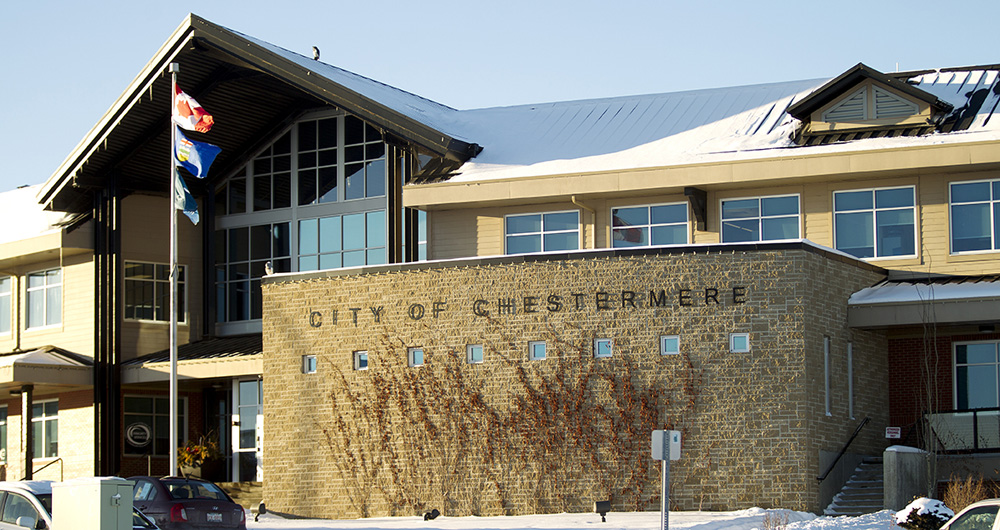 City administration has been directed to gather feedback from developers.

The Senior Engineer Community Growth and Infrastructure Mark Ruault presented the potential increases during the May 3 Public Hearing for the 2022 Off-Site Levy Bylaw.

The city currently has water, sanitary, storm, transportation, and recreation as off-site levies.

The city has been engaging in meetings and understands the shared responsibility between stakeholders and the development industry, Ruault explained.

“Growth prediction from last year is about nine per cent lower than the 2021 growth prediction, primarily due to the fact that we absorbed 40 hectares of land last year,” Ruault said.

From the off-site levy model, growth numbers, capital projects, and approved infrastructure off-site levies, the city calculated a weighted average based on the land that’s going to be developed within the next 25 years.

“It varies depending on where you are in the city. There’s a significant increase in the rate charged for the development industry for projects outlined,” Ruault said. “It ranged between an increase of 4.2 per cent, and 60 per cent, on average was about 30.4 per cent increase on the weighted average.”

For areas with stormwater, there has been a significant increase from the 2021 to the proposed 2022 levy, with a weighted average per centage increase of over 230 per cent.

“This percentage increase has been identified as a significant challenge to Chestermere competitiveness and in addition to the significant increase in one year,” Ruault council report said.

Adding, “This has been raised as a concern by a majority of the stakeholders, the rapid increase from one year to another year.”

Additional technical studies are currently being undertaken to refine and confirm capital cost estimates used in the development off-site levy.

“The stormwater levy had a significant increase, there are quite a few reasons. We’re moving the project significantly advanced based on discussions with the development industry, one average 4 years earlier,” Ruault said.

Ruault believes there are certain projects that have a high chance of refinement, and that there is an opportunity to work with the development industry to find better pricing solutions.

“When we benchmark ourselves, this is really tricky because we’re comparing apples to oranges. Each off-site levy has its own reserve, and only projects within that bucket can be used. If we do a decrease, it would have a negative to some of the other buckets,” Ruault said.

Council did have the option of reducing some of the off-site levies and working with developers to identify opportunities to reduce pricing and increase efficiency.

“We’re planning to do this as an annual process. If it’s successful then we will see the results, and if it’s not, then we’re not out a whole bunch of money those future developers will have to pay,” Ruault said.

During the public hearing, developers did raise concerns, asking council to allow additional time for consideration.

President and COO of Centron Group Cole Harris was among developers speaking against the bylaw.

Harris started by commending city administration, and council for the collaboration in developing the Clearwater land.

Although Centron is generally in support of the bylaw, and understand they have to fund cost increases, and new infrastructure initiatives, they are facing a 40 per cent increase.

“We’re supportive of the concept, we just ask there’s another way to gradual the increases that eliminate or reduce some of the big jumps for the affordability, efficiency, and competitiveness with the beautiful City of Chestermere with the other competing communities,” Harris said.

“Although I’m speaking against, we’re generally for it, we just ask to blend that out a little bit of us, it would be greatly appreciated.”

Centron is used to an increase between two and five per cent.

“We have to figure out how to get the increase through to consumers and not jump the lot prices so much that it stalls the growth of the community,” Harris said. “Smaller increases would help.”

Council is now looking for more flexibility for the development community and finding the best possible solution.

“I’m not a fan of the costs being pushed off; the point is the true costs come down. When we figure out the actual cost, they have to pay the actual cost because we aren’t. We want to put this team together to go after best pricing, I also believe part of this change is we want them to do more of the work, if not all of the work, because they get better pricing,” Mayor Jeff Colvin said.

Adding, “We’re getting to a point where pricing is getting substantial in the industry, we must get together, work together to try and bring it down so home prices don’t skyrocket.”

Colvin expressed that it’s the city’s responsibility to focus on how to make things better, and how to bring pricing down.

“Right now, we’re setting a point, then we’re going to move forward and it’s either going to be up or down and hopefully it’s going to be down. We got to get to that next step. The real work starts after next week,” Colvin said.

Following the public hearing, administration was directed to get feedback from developers and to explore other possibilities from a staff and developer perspective.

As a result, the second and third reading of the Off-Site Levy Bylaw was tabled until the May 17 council meeting.

“This is setting the stage to allow us for next week,” Colvin said. “We want to show more efficiency, but at the end of the day, we must be careful that the city cannot lose.”