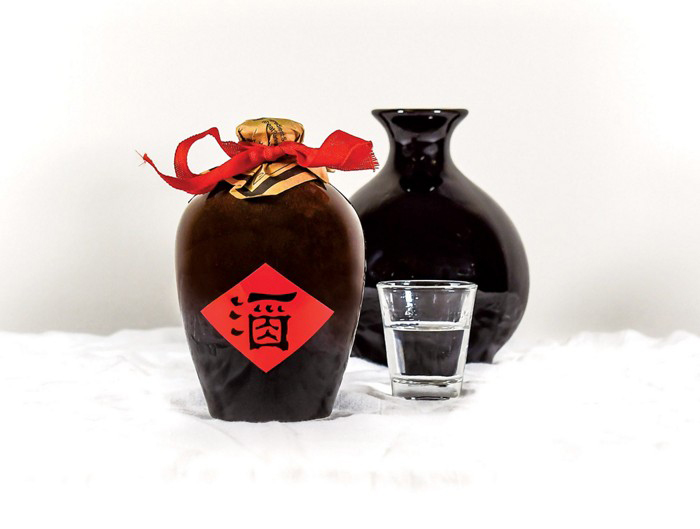 Boozers seem to love their puns and word games. The Mandarin speakers in the audience will recognize the words Ba Jiu as translating to August 9th in English. In a clever turn of phrase, the singular word Baijiu refers a popular Chinese grain liquor, typically weighing in a hefty 53% ABV, so World Baijiu Day is celebrated annually on the date known as Ba Jiu, or August 9th for the Anglos in the audience.

I had the opportunity to sample Baijiu back in February at a Chinese New Year celebration, welcoming in the Year of the Tiger with many enthusiastic tipplers. Despite being China’s most popular spirit, Baijiu is rarely seen outside the Middle Kingdom.

To give you an idea of its popularity, Baijiu (pronounced like Bye Joe) is the world’s most consumed grain spirit, to the tune of ten billion litres per year, more than the combined consumption of vodka, gin, whisky, rum, and tequila worldwide. Baijiu commands more than 99% of the spirits market in China, and is traditionally consumed as a room temperature shot, accompanied by a vigorous exclamation of ganbei, which roughly translates to bottoms up!

Baijiu is vaguely similar to other Asian grain spirits such as Korean Soju or Japanese Shōchū, although Baijiu tends to have a higher ABV. Naysayers in the audience may deride the flavour profile as little more than industrial ethanol, which is not far off for the cheapest varieties. Most Baijiu is made from fermented sorghum, a grain also commonly used as a base malt for beer. Rice, Millet, and Barley are other popular grains, with many distillers using a malt bill containing different grains to achieve a particular flavour profile.

The origins of Baijiu have been lost in the booze-soaked mists of time, but with China’s 8000-year history of alcohol production, we can assume it has been around for a long time. Based on written historical records, the first mention of Baijiu was recorded during the Tang Dynasty in the 7th century CE, although these early attempts likely topped out around 15% ABV due to the state of distillation technology at the time. With improved distillation techniques imported from the Middle East, Baijiu strength is though to have increased to its current hefty strength of 40%-60% by the 12th century CE, so modern Baijiu is already nearly a thousand years old.

The most popular brand of Baijiu available here in Alberta is Moutai, widely available at well-stocked booze merchants. Moutai is a fairly high end and fancy brand, so has a smoother flavour than the cheaper rotgut brands. Make no mistake, the flavour is still quite rough, similar to a freshly distilled whisky before it is mellowed by aging in oak.

While traditional Baijiu fans prefer to sip or slam from a short glass without any mixers, I like to enjoy mine in a cocktail named the Dark & Smoggy, perhaps a little jibe at the air quality in some of the large cities in China. Made with one part White Rum, one part Baiju, then four parts ginger ale in a tall rocks glass, then topped with a sprig of mint or lime twist, this Baiju cocktail is a hit with the Mojito and Moscow Mule fans, with the sweetness of the rum and tangy flavour of the ginger ale masking the rough edges of the Baijiu.

All your Baijiu options at your friendly neighbourhood liquor store will be for relatively upscale brands, with prices starting around $25, and increasing to the sky is the limit for rare and collectible premium options. Should you find yourself on a trip to China, you will find a wealth of options, with Baijiu available in vending machines, at the supermarket in tetrapak juice boxes with the little straws, and even served up in ziploc baggies from street vendors for pocket change.

Instead of ordering that same old boring rye & ginger, rum & coke, or vodka & soda, broaden your boozing horizons the next time you are visiting a fancy cocktail bar, and ask your manly mustachioed mixologist to serve you up a Baijiu, either straight up or as part of a fancy cocktail, so you can get in on the most popular spirit in the world!

How Much is that Doggy in the Window?

Stretching Out Summer in the Neighbourhood