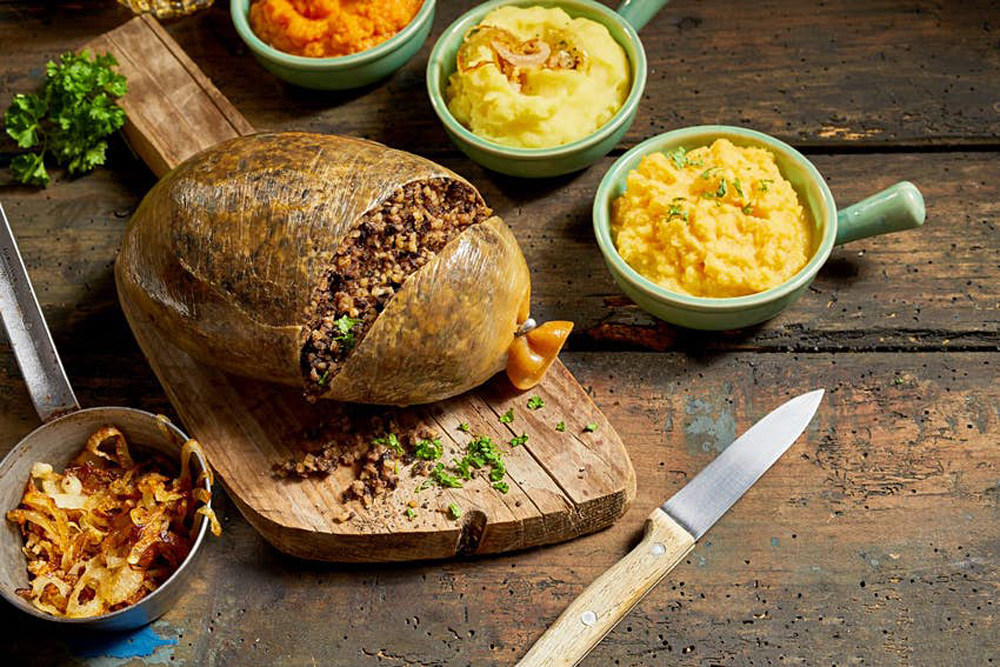 I had high hopes for 2022, but they have already been dashed, thanks to the extra-contagious fifth wave.  All my revelry has been solitary, locked away in my windowless wine cellar with nothing but the occasional Zoom call for companionship.  Even my annual haggis-filled bacchanalia has been cancelled!

This January 25th marks the 263rd birthday of Robbie Burns, Scotland’s most famous poet/writer, considered the great national bard of the kilt-wearing folk.  His birthday is considered one of the most important holidays in Scotland, and is celebrated by those of Scottish descent the world over.

Sadly, this will be the second year in a row that that my long-standing tradition of hosting a Burns Supper will be missed, a raucous evening of Scottish cuisine, poetry, and of course, plenty of Scotch Whisky.  There will be no piping hot haggis accompanied by the shrill ululation of bagpipes, no cock-a-leekie soup, and definitely no wee drams of the finest whiskies the world has to offer.

Robbie Burns was born on January 25, 1759 to peasant farmers in Alloway, and turned to writing poetry to escape the hardships of poverty and subsistence farming.  He eventually rose to the status of cultural icon in Scotland, loved by rich and poor alike.  His Scots Wae Hae lyrics were used as an unofficial national anthem for decades, but he is most recognized in North America for his poem Auld Lang Syne, the tune made famous by drunken revelers every New Year’s Eve.

Scottish emigration through the ages has resulted in 30 million people of Scottish ancestry living overseas, vastly outnumbering the 5 million people in Scotland proper.

Canada alone has 4 million people of Scottish ancestry – almost as many as Scotland!  Nova Scotia (Latin for New Scotland) is home to large numbers of both Highland and Lowland Scots, and Scottish culture has continued to flourish there.

In those carefree pre-pandemic times, I would host a Burns Supper every year, toiling for hours in the kitchen to prepare the traditional fare of cock-a-leekie soup, tatties & neeps, mashed potatoes, and of course, haggis.  When the unruly posse of my regular drinking companions would arrive for a night of Scottish libations and culture, they bear less resemblance to a group of poetry fans than a boisterous Scottish clan returning from a fortnight of fasting on the blasted heath with MacBeth himself, such was the vigour with which they attacked the haggis and applaud the obligatory bagpipe music.

This year was much quieter affair, but I am happy to report that haggis was enjoyed by all, although served up in my leftover takeout containers.  Rather than hosting my regular Burns Supper, I prepared the haggis at home, then made curbside deliveries to the usual suspects, along with a selection of those adorable little mini Scotch bottles I had leftover from an Xmas Whiskey Advent Calendar that Santa thoughtfully delivered last month.

Although we could not raise the Glencairn glasses together in person this year, I gathered the usual suspects on a Zoom call for online whisky tasting and poetry reading to honour the immortal memory of the Scottish bard, and there was much rejoicing while the haggis was consumed.

My tipple of choice on this solemn occasion is from the Isle of Arran Distillery, located on a craggy and windswept island just off the western coast of Scotland.   As an official patron of the World Robert Burns Society, the Arran Distillery is the only distillery permitted to use the name and image of the immortal bard himself on the packaging, which makes them particularly popular this time of year.

The island of Arran was home to many illicit distilleries in centuries past, always trying to stay one step ahead of the royal tax collectors, but the long arm of the law eventually caught up, with the last bootleg still seized by His Majesty’s Revenue & Customs officers more than 150 years ago.  This spelled the end of the whisky industry on the Isle of Arran until the year 1998, when the Arran Distillery threw open the doors of their newly constructed distillery with great fanfare, with the Robert Burns Single Malt remaining one of their best sellers to this very day, and available in Alberta in the $30-$50 range, depending on age.

Shake off the pandemic blues by celebrating your inner Scotsman with a fine bottle of the Robert Burns Single Malt from your friendly neighbourhood booze merchant, with the haggis and bagpipes entirely optional!