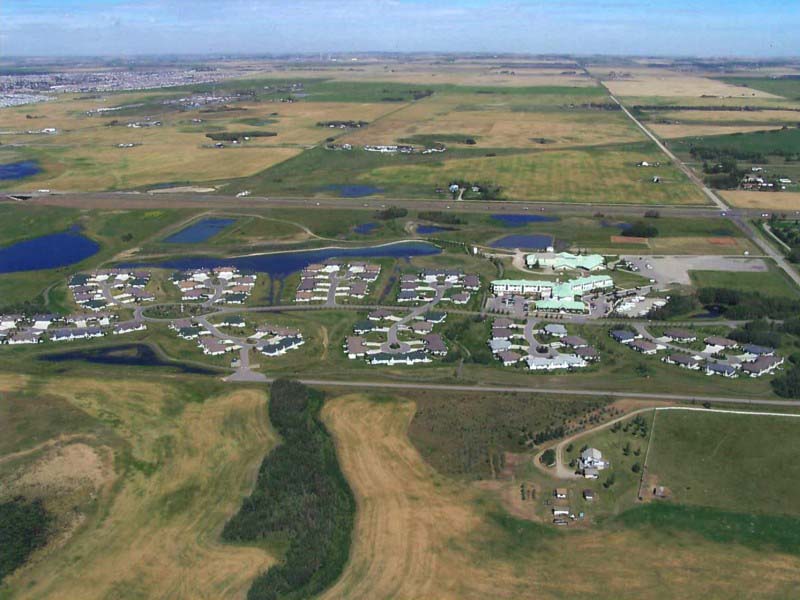 What will become of Prince of Peace?

On January 2, 2015, the Alberta-British Columbia District of Lutheran Church Canada announced to its investors that its Church Extension Fund will face a cash flow shortage in spring 2015. With this news, a District Group is working to come up with a plan that will smoothly move ahead with the liquidation of selected non-core assets, the restructuring of the operations at the Harbour and the Manor under the oversight of an outside professional management group; selected further development of lands held within the development known as Prince of Peace in Calgary, which may increase the value of those assets; and the creation of a limited partnership structure, which could allow creditors of the District to benefit from any future increases in the value of their investments.
Pastor David Dressler of the Lutheran Church of The Good Shepherd in Calgary, commented “Without any speculation on the situation at Prince of Peace, let me emphasize that the operation of the Prince of Peace Manor and Harbour is now running well and is currently producing an operating surplus. Additionally, in granting the application from the Lutheran Church Canada – Alberta British Columbia (ABC) District to the Companies Creditor’s Arrangement Act, the Court Justice looked specifically at the impact on residents of Prince of Peace Manor and Harbour and put safeguards in place to ensure continuation of their care.”
Prince of Peace is located on Garden Road just off Highway #1. The facility is made up of a The Prince of Peace Lutheran School which accommodates students in grades Kindergarten to grade 9, Prince of Peace Manor and also Prince of Peace Harbour.
The Prince of Peace Lutheran School is affiliated with Lutheran Church-Canada, a Christian denomination that has been providing excellence in education in Alberta for more than 100 years. Lutheran schools are open to all families, regardless of their background. In the fall of 2006, Prince of Peace Lutheran School entered into a relationship with the Rocky View Schools to become its first alternative, Christian school program.
The Prince of Peace Manor prides itself of being one of Calgary’s premier independent and supportive living retirement residences. Manor Residents live a relaxing lifestyle with exceptional food and dining services, onsite healthcare and recreational therapy, and access to a wide range of social groups. With many onsite amenities, the residents of The Manor have many services and also many opportunities for socialization.
Lastly, The Prince of Peace Harbour is a not-for-profit senior’s facility owned by EnCharis Community Housing and Services and is operated by EnCharis Management and Support Services. The focus of this facility is directed to those with dementia. The Prince of Peace Harbour is a designated supportive living facility designed to allow seniors comfort and care while living in a supportive and secure community.
Pastor Dressler continues, “The Church Extension Fund of the ABC District had been a great success for many years. This fund allowed many congregations such as Prince of Peace to finance church and ministry facilities. However, it has stopped working well for a number of reasons: 1. many depositors are older and withdrawals were increasing. 2. There hadn’t been as many projects in recent years in which to invest funds. 3. Some of those investments had gotten behind in their repayment schedules. This is not unusual as throughout the life of the fund a number of congregations have struggled in this way. Although Prince of Peace Manor and Harbour has indeed struggled, it is currently producing an operating surplus.
The ABC District, with the Church Extension Fund, the separate District Investments Limited as well as the Prince of Peace Project are currently in the CCAA process. This is a formal court process that helps find a way forward. Right now it is too early to know what any impact will be on the Prince of Peace Church and School or the Prince of Peace Manor and Harbour. However, it’s important to note that Prince of Peace Manor and Harbour are not only running well but is producing a surplus on operations.”