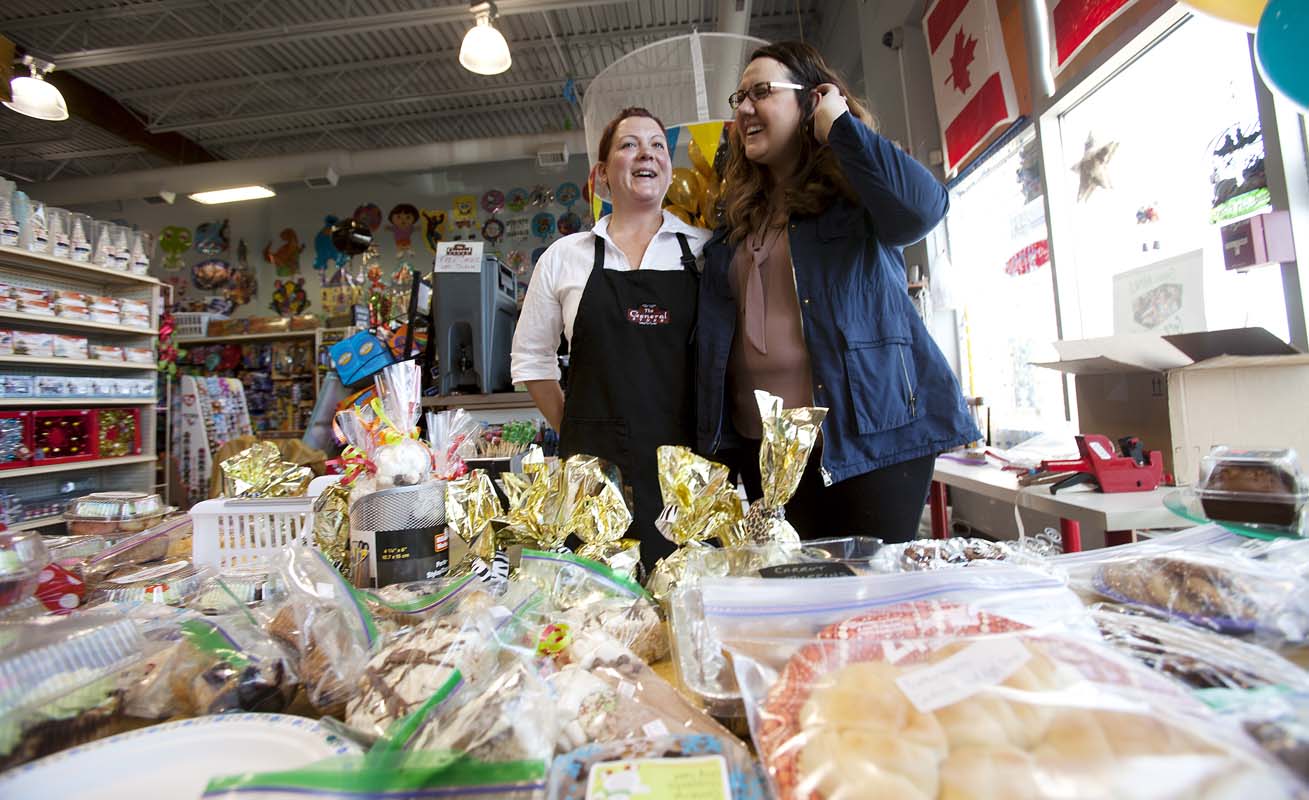 Fundraisers and crowdrise campaign set up in support of Julie Rintoul

The staff of The General Store consider themselves to be family and the family is coming together to support one of their own as she battles cancer.
The General Store owner Julie Rintoul was diagnosed with cancer in August. She has had a brain tumor removed and has stage three astrocytoma.
“I love Julie and she’s supported this community for a decade now,” said Michelle Asaph, one of the ladies of The General Store.
Asaph said that whenever anyone has needed help or donations Rintoul has always been happy to help.
“If there is tragedy in this community she is stepping up,” said Asaph.
Asaph believes that now it’s the turn of the staff and community to support Rintoul who has given so much to the community.
Asaph along with the rest of the staff at The General Store, have set up a crowdrise fundraiser as well as hosted a bake sale at the store Nov. 5.
They are also planning a silent auction fundraiser at The Landing Nov. 26.
Rintoul’s battle with cancer has been a bumpy one said Asaph.
“It’s hell what she’s going through,” said Asaph.
Although the tumor has been removed, Rintoul has been taken off the chemotherapy treatment due to an allergic reaction to the antibiotics. She continues with radiation treatments.
Asaph said that Rintoul and her doctors have begun working with a Naturopath to treat the cancer. Unfortunately, these treatments aren’t covered by Alberta Health.
“For her to go for one session is $375,” said Asaph.
Rintoul needs these treatments three to four times each week.
It is because of these mounting costs that Asaph and the rest of The General Store staff have started the fundraisers.
“It’s just taking a financial and incredible emotional toll on their whole family,” said Asaph.
One hundred per cent of the funds raised are going to pay for Rintoul’s alternative treatments.
To support Rintoul’s crowdrise fundraiser go to www.crowdrise.com/julies-journey/fundraiser/mary-anntermeer