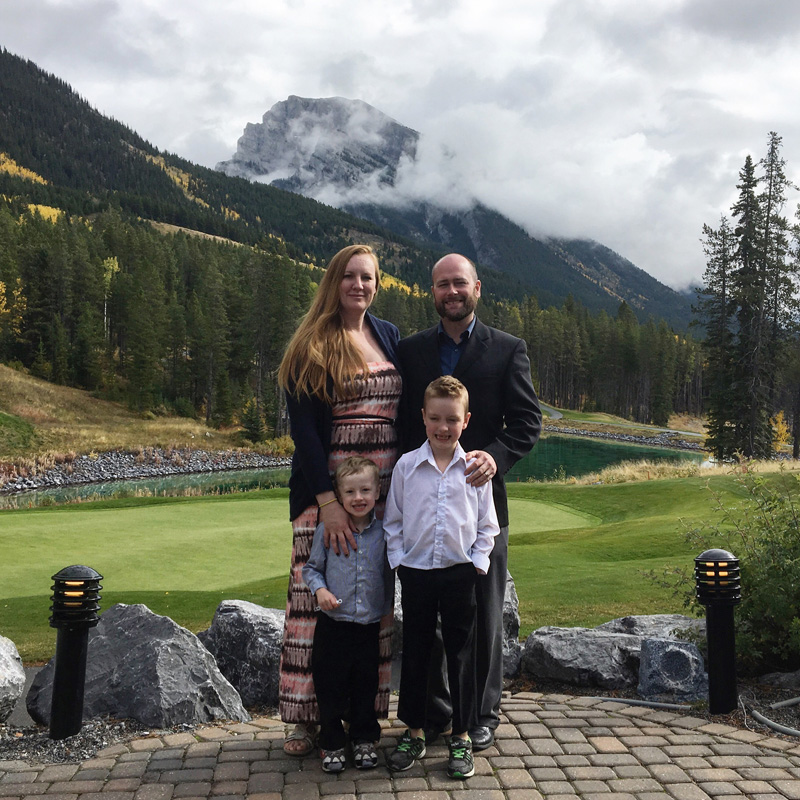 A teacher at Langdon School is taking his skills Down Under for 2018.
Jim Cove, who is teaching Grade 3 right now, will be doing a year-long residency exchange with a teacher from Adelaide, Australia, so he is packing up and moving his family there for what will be the cross-cultural experience of a lifetime.
Cove and his wife have two boys, and they will get to spend a year on the south coast of Australia, where they have learned snakes, spiders and Koala bears could be roaming around.
“I’ve wanted to do it for a while,” said Cove, who will be blogging about his adventures there. “I knew it was a possibility. I wanted to do it before the kids got so old that they didn’t want us to take them away from their friends.
“We wanted them to still remember it and enjoy it and get something out of it. This is something that’s going to be part of the rest of their lives. I’m excited about it so I hope they are as excited as I am.”
The Cove family leaves on Christmas Day but will break up the marathon travel by spending a few days in Hawaii first. It will be a seven-hour flight to the islands before an 11-hour zip over to Adelaide, which is the fifth-largest city on the continent.
The Cove children, who are seven and four, have never flown before, so this is quite the way to start a year-long adventure — one that sees them trading homes with someone on the other side of the world.
“We’ve been on road trips. My wife’s family lives in B.C. so we go there quite regularly,” Cove said. “But it’s a bit of a difference from a four-hour road trip and an 11-hour flight.”
Cove gets the benefit of getting acclimatized for a few weeks before the Australian school year starts at the end of January. Although he moved up to Grade 3 this school year to do an exchange with his Australian counterpart, he will be teaching Grade 1 there.
He does get the benefit of starting fresh with the youngsters.
“Their school year is different than ours,” Cove said. “It doesn’t start until the end of January. They have a year-round school. They start at the end of January and go for 11 weeks, then have two weeks off.
“It goes like that for four terms. I will be starting my grade all over again when I get there. The person coming here will start halfway through the year so it’s a little harder on her I think.”
Although he’s headed to a different culture, at least he will be speaking the same language as the students. There will be some things he will need to learn as well before teaching.
“There’s definitely Australian components that are culturally relevant,” Cove said. “Their social studies are completely different but teaching reading and writing is pretty universal. They have separate inquiry units that they do that are based on their curriculum.
“Their science and social studies will be much different. Right now we’re teaching rocks and minerals, and they are doing something much different.”
The Coves are heading into the Australian summer, which would normally be quite a pleasant shock to the system, but southern Alberta has had quite a warm winter so far. Still, it will be nice to break out the shorts again.
“I’ve been warned that it will be 40 degrees when I get there so come prepared,” Cove said. “I was expecting to be leaving minus-20 or minus-30 here but it’s not that bad right now actually.
“I warned (the exchange teacher). I told her we can get down to minus-40. I don’t think she quite understands what that is. She did an exchange in Ontario in 2012. She went to Oshawa, Ontario, but I don’t think they get that cold. They get more snow there, but not the kind of cold we get. We can get really cold in January.”
The home they will move into is actually outside of the city of Adelaide, which has around 1.3 million people, roughly the size of Calgary. That means the oldest Cove boy will be attending a rural school, much like Langdon’s.
“It looks nice,” Cove said. “There’s lots of trees and in an area with Koala bears. It should be good for nature learning.”