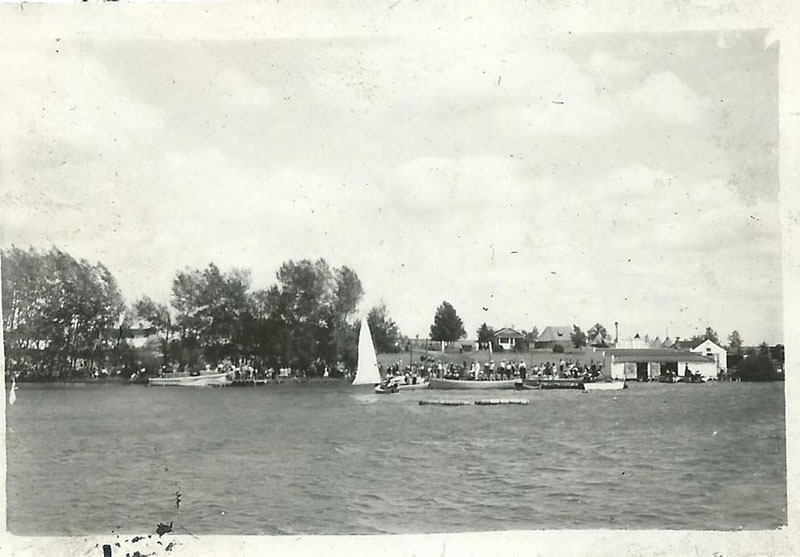 Camp Chestermere working to record the history of the camp

Camp Chestermere is looking to the past as it prepares for the future.
“We have some big plans for the future…but I think before you move forward as an organization it’s important to know the foundation from which you come from,” said Camp Chestermere Camp Director Shannon Dean.
Dean and his staff are working to discover and preserve the history of the camp and how it has grown with, influenced, and been influenced by the growth of the city around it.
“This city has literally been built around us,” he said.
This push to record the camp’s history comes amidst changes at the camp. Dean has been with the camp for the past three years.
When he started with the camp he was the seventh director hired in the previous five years.
“There’s a lot of transition that has gone on within our organization,” said Dean.
With this transition Dean feels it’s important to get the past recorded before it is lost.
“We really want to capture our history,” he said.
Their primary focus on preserving their history has been focusing on collecting photos taken at the camp and working to identify when they were taken and what part of the camp’s story they tell.
They have also been working with members of the Chestermere Historical Society, the Whitecappers and other long-time residents of Chestermere.
While the details still have to be worked out, Dean is planning to host an open house style party at the camp in the fall to help identify the pictures they are collecting.
Photos will be arranged around the room and people will be invited to write down the names of people in the photos or descriptions of the events depicted.
Dean said that he hopes this will “really start to capture where those are coming from.”
Since they started this process, Dean said that they have discovered many new and surprising facts. So far nothing has been more surprising than the fact that the camp is actually older than they thought.
“Originally we thought it was 1953 we have now learned its as early as 1948 and could be back to the 30s when this camp first existed,” said Dean.
The site where Camp Chestermere is located was first used as a sea cadet camp in the late 1930s.
It became the home of the bible camp that became today’s Camp Chestermere in 1948.
“We thought that it was 1955 was the first time they were held here,” said Dean, “turns out we were wrong.”
We thought we were 64 years old and turns out we are at least seven years older than that if not more,” he said.
While they may have been a little unsure on the camps age, Dean is confident that they know with a couple of years the history of each building at the camp.
“I can go through and…tell you when every building with the exception of two, I can tell you at least within one to two years of when they were built,” he said.
The desire to preserve the camp’s history can be seen in how they are planning for the future through their fundraisers.
This year’s fundraiser has been named BEAR HUG.
“Which stands for Buildings, Expansion, Arts and Renovations, Help Us Grow,” said Dean.
This fundraiser builds on last year’s fundraiser which was simply HUG with a focus on building the future while looking at the past.
While they are still working to compile the photos and details of the camp’s history, Dean is also working on what the final product of all this work is.
“Right now, we’re on that bit of that expedition,” he said, “I don’t know yet what the end-product looks like.”
Some ideas he is thinking about includes adding yearbook style staff photos mounted in the administration office hallway.
He is also hoping to develop a digital archive of the photos.
They are also considering publishing a book of the camp’s history.
“Eventually, and this’ll probably take five, six, seven years, to be able to publish a book about the history of Camp Chestermere,” said Dean.