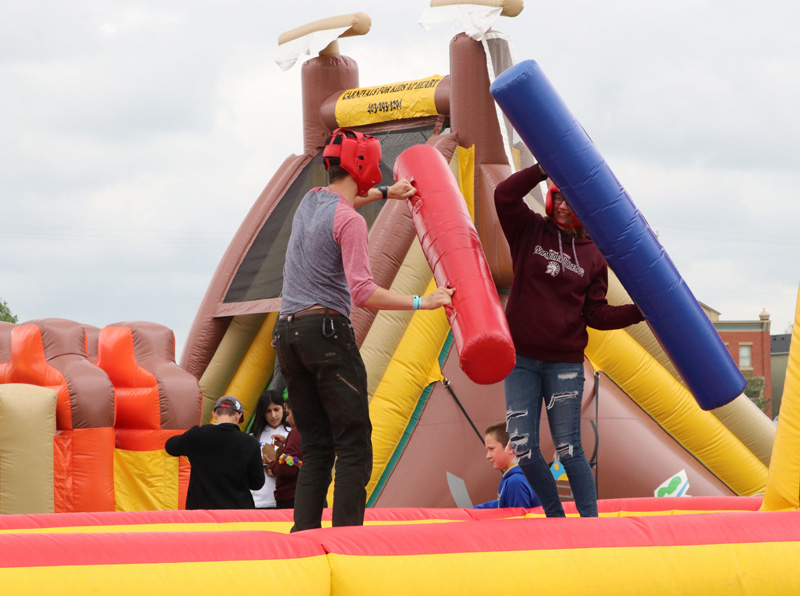 Between $10,000 to $20,000 is raised on average for the Langdon Community Association during Langdon Day's

The 74th annual Langdon Day’s brought the hamlet’s residents together for a community-wide softball tournament from July 19 until July 21.

Langdon Days is the community’s most significant yearly fundraiser, which raises on average between $10,000 to $20,000 for the Langdon Community Association.

“It has always been a way for the community to come together, more recently it’s become the community’s biggest fundraiser,” said Langdon Day’s Organizer of four years Jeff Kearns.

He added, “It brings us all together as a community, and it raises funds for the community itself, which all goes back into different initiatives that make our community better.”

The proceeds raised are used by the Langdon Community Association to maintain the skating rink, the field house, and provide services for the community throughout the year.

The weekend-long event went amazingly well. Despite the rainy weather, families filled the park to watch the softball tournament.

“There was a better turnout than I had expected,” Kearns said.

He added, “The weather was decent enough on Saturday that we had tons of people out in the park.”

During the three day event, residents participated in a softball tournament, walked through a car show, and market, enjoyed a variety of food trucks, and a craft beer tasting while watching live entertainment in the beer gardens.

“I love seeing the community come together. The largest financial part is the fundraiser, but the social reward is community togetherness,” Kearns said.

Without the dedication and teamwork of organizers and volunteers, Langdon Day’s wouldn’t be possible.

“All of the help that goes into organizing an event like this is huge, everybody comes out and enjoys themselves,” Kearns said.

He added, “Any issues that we do have, there is always someone willing to step up and help out.”