Partnership with province to relieve the impacts of severe weather 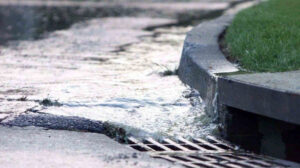 “We appreciate that the province recognizes the importance of stormwater management and building resiliency in Alberta,” he said.

Recent flooding in Southern Alberta has demonstrated the need to improve the resilience of Alberta communities, said the Minister of Environment and Parks Jason Nixon said.

“The Cooperative Stormwater Management Initiative takes a regional approach to help ensure homes and businesses are protected during severe weather events while allowing project partners to make better use of water resources throughout the region,” Nixon said.

The ACRP provides grants for the construction of projects that protect critical infrastructure from flooding, drought, and help to ensure the public safety is protected, said the Province of Alberta Website.

The project is expected to use new and existing infrastructure to reduce localized flooding after inclement weather, and intense rainfall, by collecting, storing and moving stormwater throughout the region effectively.

Project partners have secured more than $2 million in federal funding for stage one of the project through the New Building Canada Fund-National-Regional Projects, said a Regional Stormwater Management Press Release.

Although there is no limited to funding allocated per project, only the highest priority projects province-wide are funded.

The projects are selected based on vulnerability, historical damage, probability of impact, and environmental impact.

“Exploring best practices, advanced technologies and appreciating the value and reuse potential of every drop of water is urgently needed in our province,” Chalmers said.

“In Chestermere, provincial regulation limitations have hindered our ability to maximize opportunities, but we hope that will soon change with the recent change in government,” he added.

The Cooperative Stormwater Management Initiative is a long-term project that will be developed over five stages between now and 2042.