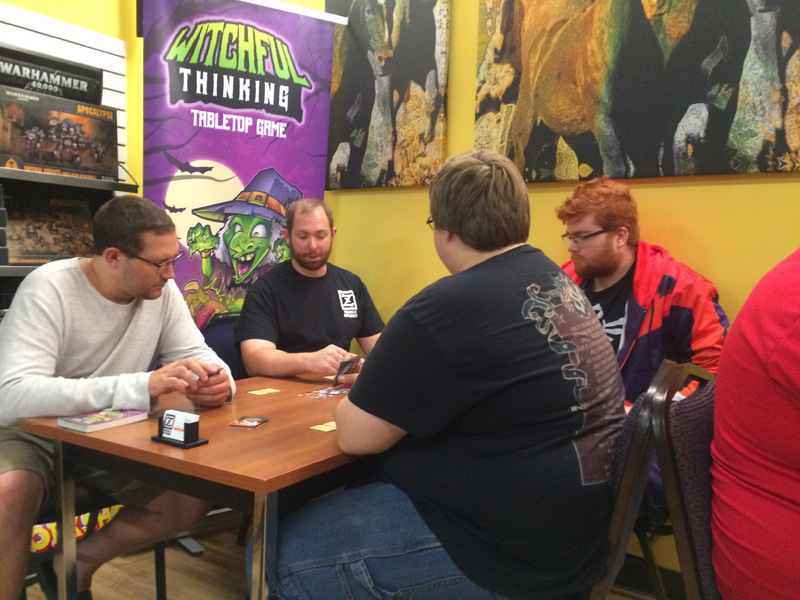 “It has an educational component where players learn and practice math,” said Killeen.

“I have designed other games before, but this is the first game I’ve ever actually published. This game I really wanted to get it out there,” Killeen added.

Killeen has always wanted to publish a tabletop game but wasn’t truly inspired to design a game until he began his educational practicum.

“It inspired me to really get this game out there because this game is actually fun for kids, they learn math while playing it. It’s like their learning without even knowing it.”

When creating the card game, it was important for Killeen to ensure that every student at every math skill level could participate and have fun.

“There is a wild card, which is an introduction to algebra. If students want that extra challenge, they leave it in. If they don’t, then they can take it out,” Killeen said.

There are also reference cards or spell book cards which help younger students check their numbers and strategize.

“Even though it has an educational component, it’s not a game that is just meant for kids or students, adults have fun with this game too,” he said.

“The math is literally in your face, but it’s not the focus of it. People are more interested in making potions and winning,” he added.

Although “Witchful Thinking” is now published, getting to this point was a long, challenging process for Killeen.

“I tried to find publishing companies that would want to make it, but I could never make that happen. I decided to make my own company, and then I finally published it for real,” Killeen said.

“It wasn’t something I was thinking about doing, but then I decided it was the best option to go with, now the hope is to release more tabletop games,” he added.

Killeen first began creating prototypes of the game in 2011 at home, he created cards, printed them out and laminated them, and started playing with friends trying to perfect the game.

Later on, Killeen taught himself how to use photoshop to make basic artwork for the cards, and then began to market the game around.

On the journey to publication, “Witchful Thinking” came to a standstill until Killeen attended the Calgary Comic and Entertainment Expo where he found the inspiration to take the game to the next level and make it the best it could be.

He approached an artist, who undertook the artwork, taking around 10 months to complete.

In the pre-production time, Killeen engaged in perfecting the game, the rule books, and the cards, while finalizing the copyright and trademarking.

“I created a kick-starter campaign in October, and it was successful. I used that money to get the game made,” Killeen said.

Adding, “It was a slow process, but it’s getting bigger as time goes on, which is nice.”

Time management was also a struggle while creating “Witchful Thinking” for Killeen.

“This was the first game that I was going to get out in the world, and I really wanted to make sure it was perfect,” Killeen said.

“I was trying to do that with also balancing personal life and work life. We have two kids, and I was working a full-time job. Factoring in the time, trying to balance everything was a challenge,” he said.

Despite the ongoing challenges that Killeen had to overcome while creating the card game, getting something that he made out into the world made the countless hours of work worth it.

Adding, “If some people like it, then that’s great.”