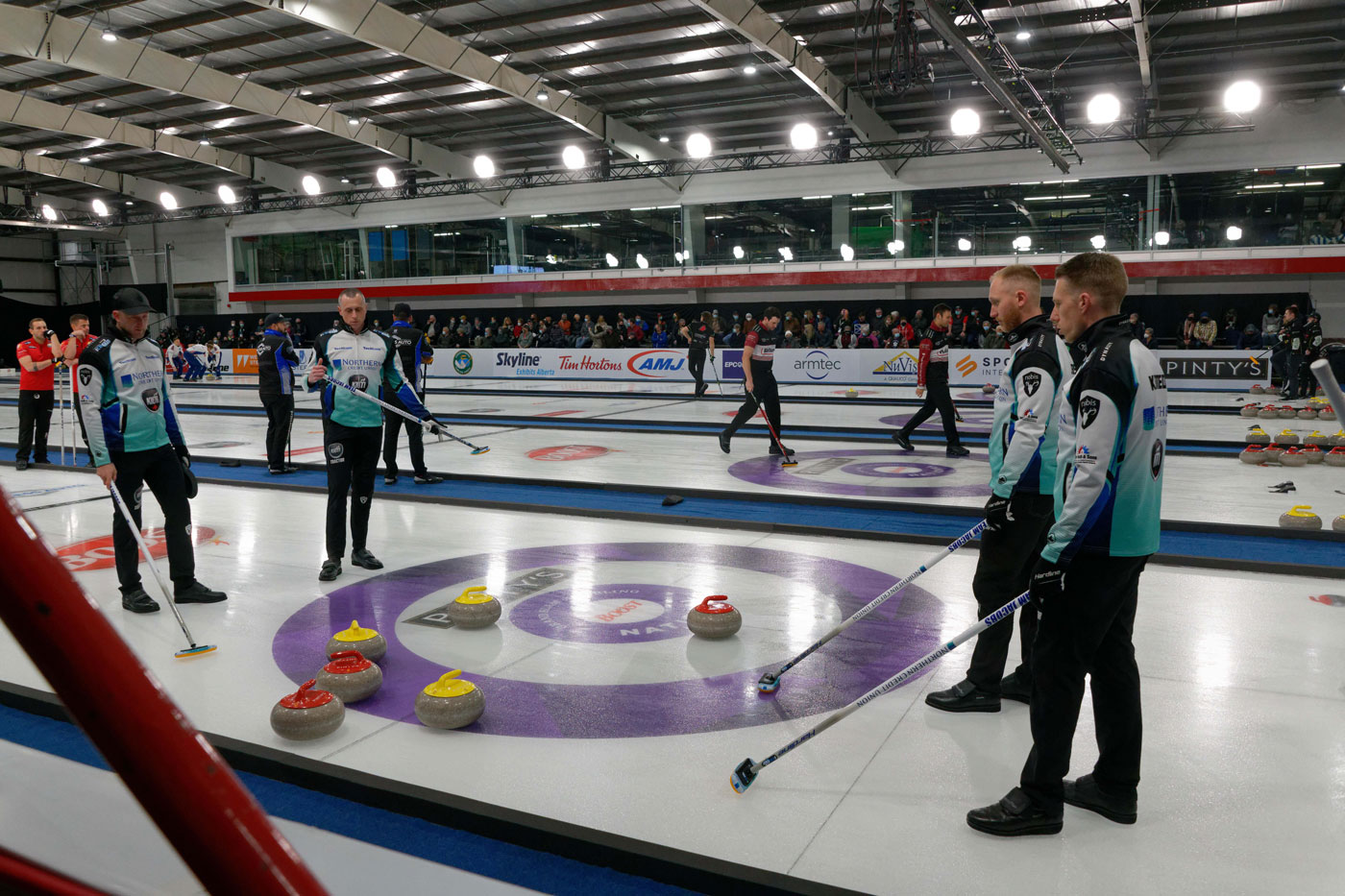 The stands have been full each day with spectators

The second event of the Pinty’s Grand Slam of Curling series, the BOOST National brought the world’s best curlers to Chestermere from Nov. 2 to Nov 7.

“Chestermere is a great sporting community, they get behind all the events that come home but having something like this on the big stage and bringing exposure to our small city, is awesome for Chestermere,” said local Athlete Ben Hebert.

Hosting the BOOST National will help the local curling club, and show the world that Chestermere supports all kinds of sports.

“Bringing the world’s best to showcase that is quite the experience for fans of the sport, and fans of curling alike,” Hebert said.

“It’s great to see the community come together. Everyone has worked so hard to make this happen from SportsNet, the City of Chestermere, the Chestermere Curling Club, all the volunteers as well as the staff at the Chestermere Recreation Centre,” Nouwen said.

Nouwen is excited that events such as the BOOST National will put Chestermere and the CRCA on the map as an event destination.

“I had a fan tell me they wanted to join the Curling Club and start playing,” Nouwen said.

Throughout the event, Marla Forth heard a lot of positive feedback from spectators that couldn’t believe how the arena was transformed, how close to the action fans were, and how exciting it was to have so many Olympians in Chestermere.

“I have been watching these elite curlers on TV for 20 years and now I can be at the arena in five minutes and watch them live, it is a dream come true,” one fan said.

While BOOST National volunteers have heard from competitors that they are excited to have fans back in the stands again, and they can feel the excitement in the crowd.

Tickets were sold from 9 a.m. until 10 p.m. daily, with one draw done each day right after closing.

The prize amount has been over 10,000 daily. Proceeds will be shared between the Chestermere Curling Club and the CRCA.