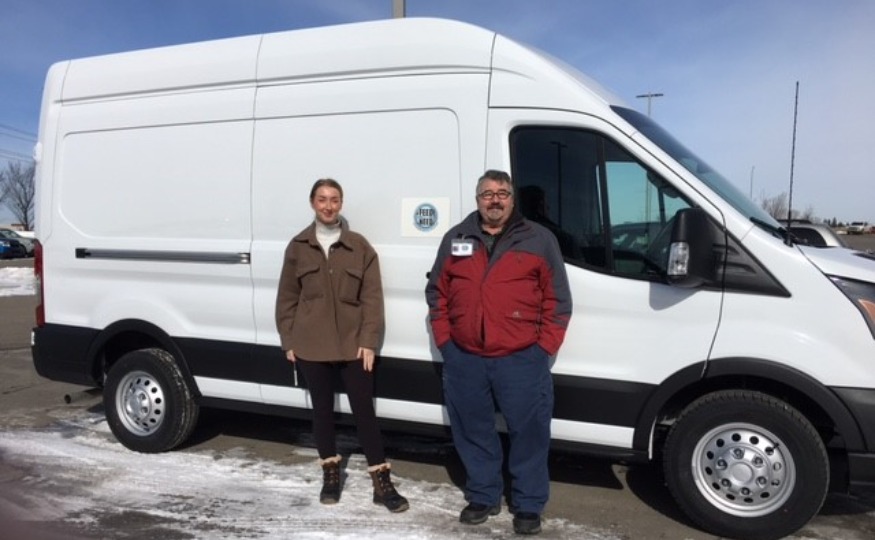 Vandals attempted to steal the van’s catalytic converter in March.

The Chestermere Food Bank’s new van is back in business after vandals attempted to steal the catalytic converter.

The food bank fundraised for three years in the Tim Horton’s Cookie Campaign and received a $20,000 grant from the City of Chestermere to purchase a van for food transportation.

The food bank received the van in early March, and less than two weeks later, it had to be taken to the dealership because the catalytic converter was partially removed.

When the vandalism incident occurred, the food bank was in the process of having decals installed on the van, and Oel was hopeful vandals wouldn’t target the food bank.

“It is at the graphic designers to have our food bank and sponsorship decals applied,” food bank president Laurie Dunn said. “Hopefully that will deter any future vandalism.”

The food bank is now looking at different parking and storage options.

The van gives the food bank the ability to transport two full pallets of food and will help keep food costs down by making fewer trips to secure food shared with other food banks in southern Alberta.