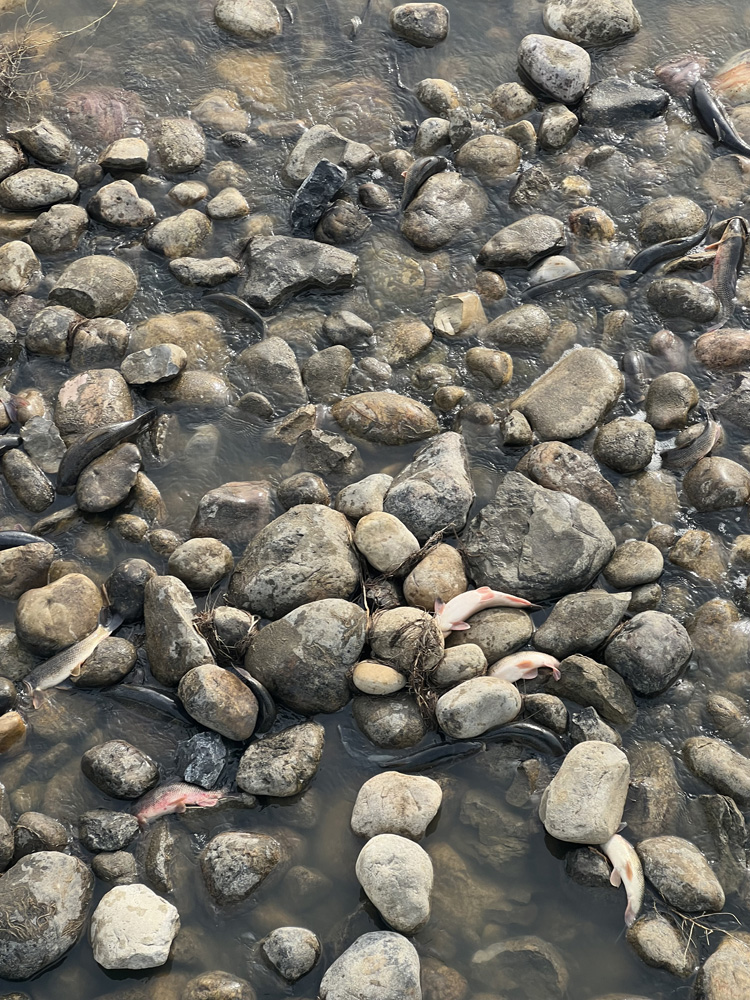 Alberta Environment and Parks have received reports of fish stranded in the inlet canal to Chestermere Lake.

On April 25, local residents reported the fish near the pedestrian bridge.

“Water diversion had been started in Calgary, but the diverted water had not yet reached Chestermere Lake. The pre-diversion water flow in the canal is likely the result of snowfall events on April 19 and April 22 and subsequent snowmelt. As runoff flow receded, the fish that had moved into the canal were trapped and exposed fish suffocated,” Alberta Environment and Parks Communications Advisor Jason Penner said.

Adding, “The Western Irrigation District (WID) dispatched staff to increase drainage from the headworks canal at the final drop structure, located about 1.6 kilometres upstream from Chestermere Lake, to restore surface water flow in the lowest section of the

canal and save fish that were still alive. Diversion flow reached Chestermere Lake by late afternoon on April 25 or the morning of April 26.”