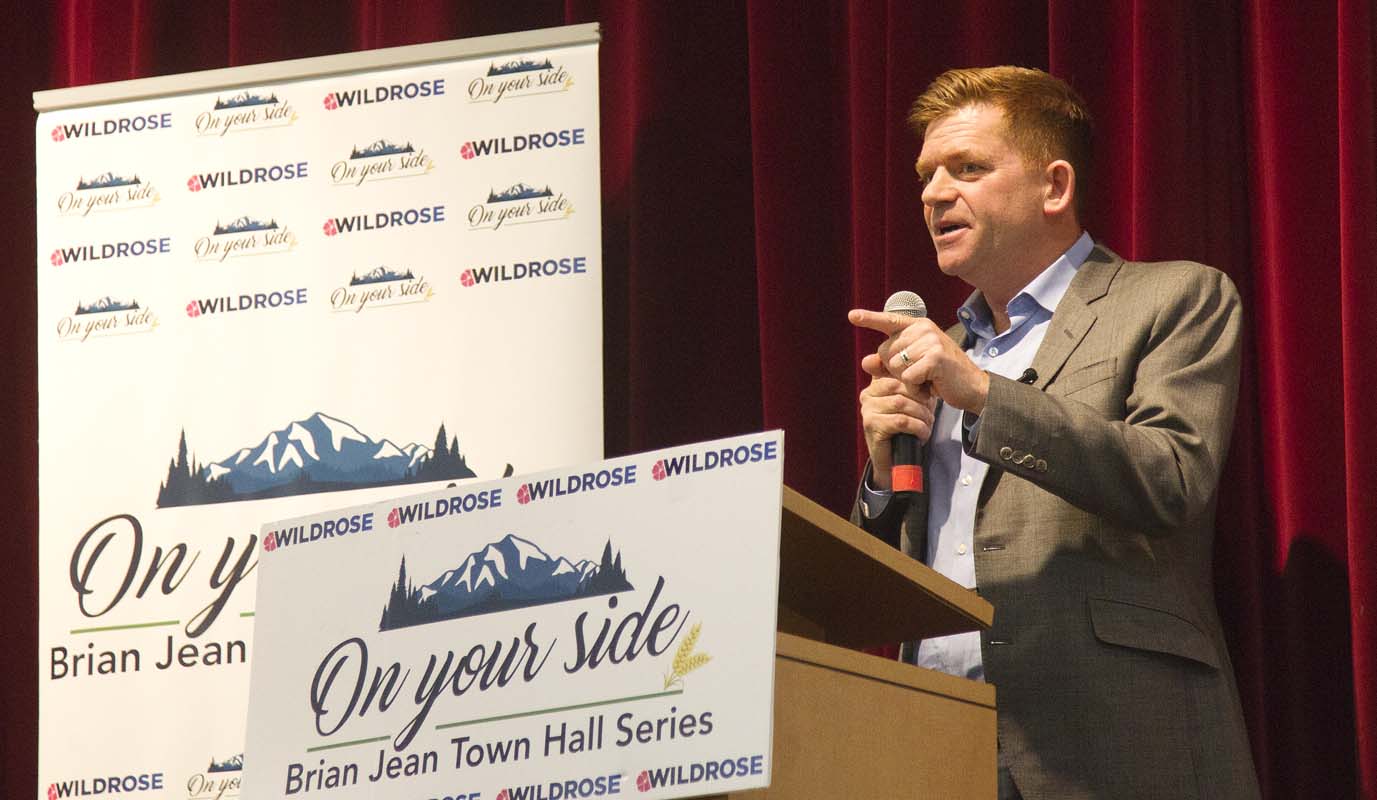 Wildrose Leader Brian Jean stopped in Chestermere as a part of his Town Hall Series that has been crossing the province this past summer.
“It’s been fantastic,” said Jean.
The speaking series has seen Jean visit every riding in the province outside of Calgary and Edmonton.
“The most important part about it all is that we’ve had the opportunity to listen to Albertans…we’ve heard loud and clear many different issues they want us to take to the Legislature,” he said, “mostly people are very concerned obviously about the carbon tax and jobs in general.”
The evening kicked off with the singing of O Canada followed by an introduction by local MLA Leela Aheer. Jean took the stage to cheers as he was referred to by Aheer as the next Premier of Alberta.
Speaking before the event, Jean said that the most common concerns he has heard in the Calgary region involve the oil and gas sector and the accelerated shut down of coal power plants in the province.
“People enjoy a very good quality of life here and primarily it’s because the oil and gas sector’s been so positive for the economy,” he said.
Jean Spoke to a crowd of nearly 100 Wildrose supporters and city residents at the Recreation Centre Oct. 12.
He shared with the crowd what his party has been doing as the official opposition. Highlighting the success of the party in slowing the passage of Bill 6.
“My job is to oppose the NDP and come up with good ideas,” said Jean.
He also spoke about his vision for the future of Alberta and what he and a Wildrose government would do if elected as he is certain they will be next election.
He spoke out on the recent issue of paid parking at hospitals.
“We need to stop nickel and diming Albertans for every single time they visit a loved one,” he said.
The Wildrose would work to create a transparent and innovative health care system.
Jean was met with cheers when he pledged to restore the “Alberta Advantage” and repeal the carbon tax if elected.
“I promise you, we will rip up the carbon tax as soon as possible,” he said.
He also spoke about uniting conservatives in Alberta.
Jean said that the Wildrose party needs to lead in the efforts to consolidate the political right.
“This isn’t new,” said Jean, “We’ve been talking about it for over a year.”
Jean said that what is preventing a merger is that some Progressive Conservative (PC) members and MLAs can’t decide what they stand for and rejected the Wildrose at a recent AGM.
For a merger to occur it has to be driven by the members of both parties with both parties combining as equals.
“We had our dancing shoes on and we still do,” said Jean about working with the PC party.
The evening ended with questions from the floor and a chance for Jean to mingle with the crowd.
Topics covered in the question and answer session included discussions on property rights, jobs and climate change.
Admitting that he is not a scientist, Jean said that he does believe in man-made climate change.
He said that Alberta, like every country in the world needs to do its part to fight climate change.
“I think what we should do is move towards natural gas, clean coal, technology that we can export to other countries,” he said.
Alberta needs to lead, innovate and influence other countries.
“We can lead, but if we lead too far ahead we’re not going to be competitive,” said Jean, “and if were not competitive we won’t have quality of life and we will not be able to influence any decisions in the United States or China.”