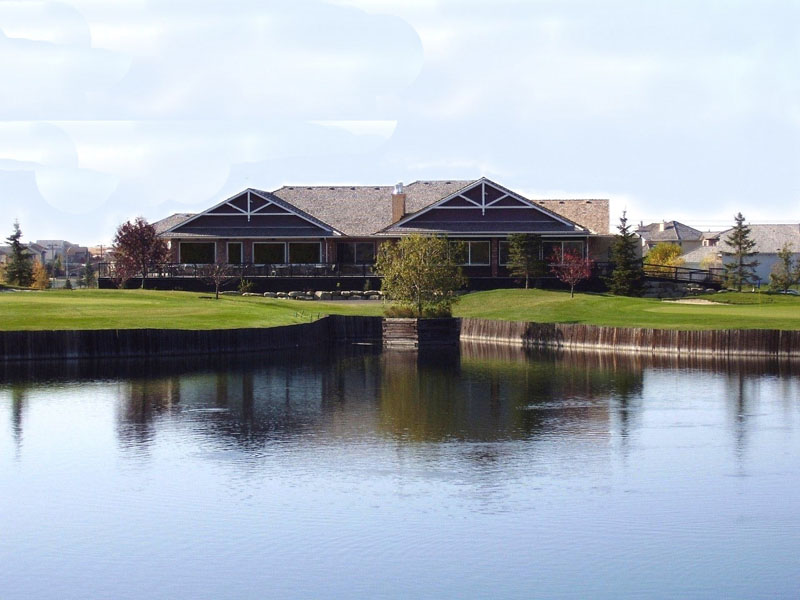 While Slokker Homes has not presented Chestermere City council with a formal application, they did send  two emails to residents informing them that some of their representatives have met with the City’s planning department to discuss the steps required for a redevelopment application.

Many of Chestermere’s residents are not happy with the announcement and have banded together, formalizing their opposition to the proposed development, and have formed the Lakeside Greens Golf Course Preservation Society.

The society has begun the circulation of a petition which at time of writing as accumulated over 2500 signatures. Along with the petition, the society created a website and Instagram account to explain their reasons for the protest of the development.

Chestermere resident and golf course member, Darby King-Maillot, whose home backs on to the golf course is now a Lakeside Greens Golf Course Preservation Society member and announced to the community that the society is trying to be representative of the community and act as a unified voice in all the actions they pursue.

The society states that having our golf course is as vital to living in the community as the lake is. Whether you are living on the golf course, or if you just golf there the overwhelming sentiment is that Chestermerians want to keep the golf course.

Anstice Communications is representing the Slokker Homes and Lakeside Golf Course partnership. A representative of the company declined a request for comment.

Slokker Homes advised by email that they have been working on creating the right plan and timeline to begin the planning process. They went on to say they are dedicated to a community-first approach. In other email, Slokker Homes said it intends to make sure the proposal undergoes significant public consultation.

“In the next few months, we’re going to have opportunities for you and other residents to be part of the actual planning process,” the email stated. “We’ll be using surveys, town hall conversations and providing opportunities to weigh in on the plans as they evolve.”

Megan Matthies from Chestermere’s Communications department said the development proponent is now in a Preliminary Project Review process, but they have not received a formal application. Bernie Morton, Chestermere’s Chief Administrative Officer said the process to allow for the golf course to be redeveloped would be extensive. The process would include a public hearing, amendments to the City’s Municipal Development Plan and the City’s Land Use Bylaw.

The society and all other contacted said building a new golf course in Chestermere would be nonstarter in this economy.

The fear is that losing Lakeside Greens, the probability having another developed in the city is virtually non-existent.

Even with the proposed redevelopment, Lakeside Golf Club’s managing partners previously stated the course will remain open for the next two golfing seasons.