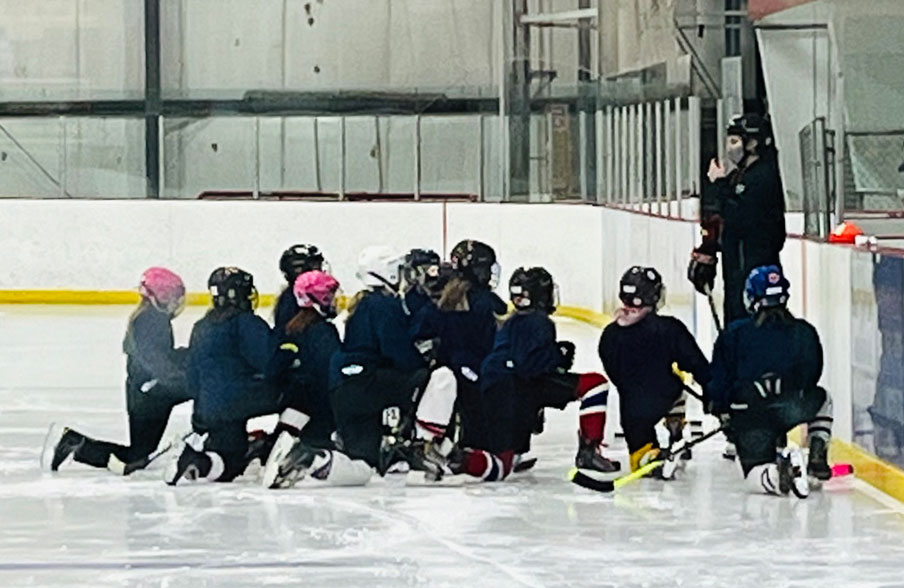 Chestermere Minor Hockey is gauging the level of interest for a female hockey hub.

The city and Chestermere Minor Hockey is encouraging female hockey within the community with the second Female Hockey Day on Jan. 15.

Currently, female players have to go outside of Chestermere to play with all-girls hockey teams in Okotoks and Calgary.

The goal of the program is to encourage girls to join an active, physical sport that they might have not had the opportunity to try and develop enough players in Chestermere to have a hockey hub for female players.

“Overall, I would consider the event a success. The little feedback so far was all positive and all the girls really enjoyed their day,” Jason MacNeil said.

The program this year had about double the participants as last year’s development session, with 43 girls. The scope of this year’s program was larger due to a grant that minor hockey received from the City of Chestermere.

The development session was done around games to ensure everyone could watch. It also included classroom and office physical development this year, along with on-ice training. The U15AA and U18AAA elite female teams also came in to show the skill level of how the younger girls could play.

“It also shows our participants a level they can potentially play at in the future,” MacNeil said.

MacNeil and minor hockey believe Chestermere would benefit from having a female hockey hub that provides an inclusive opportunity for all the youth in the community.

Chestermere doesn’t have a female hockey program, mostly due to lack of numbers, and the numbers continue to decrease as girls get older and some go to play in the Okotoks female program while others just stop playing.

“The goal is to generate interest in the female side of the game, with the hope of eventually offering a female program. I’m not sure if we are there just yet but this was a great step in the right direction,” MacNeil said.

“There is not a lot of opportunities for young girls to see women succeed in hockey. Other than Olympics and World Championship competitions you don’t often get to see women in the sport,” MacNeil said. “So, we are hoping that seeing women coaches and older elite division competition will leave a lasting positive impression of these girls.”

The program was funded by the city and minor hockey and was free for youth to register.

MacNeil has already received feedback from youth asking when there will be another development session.