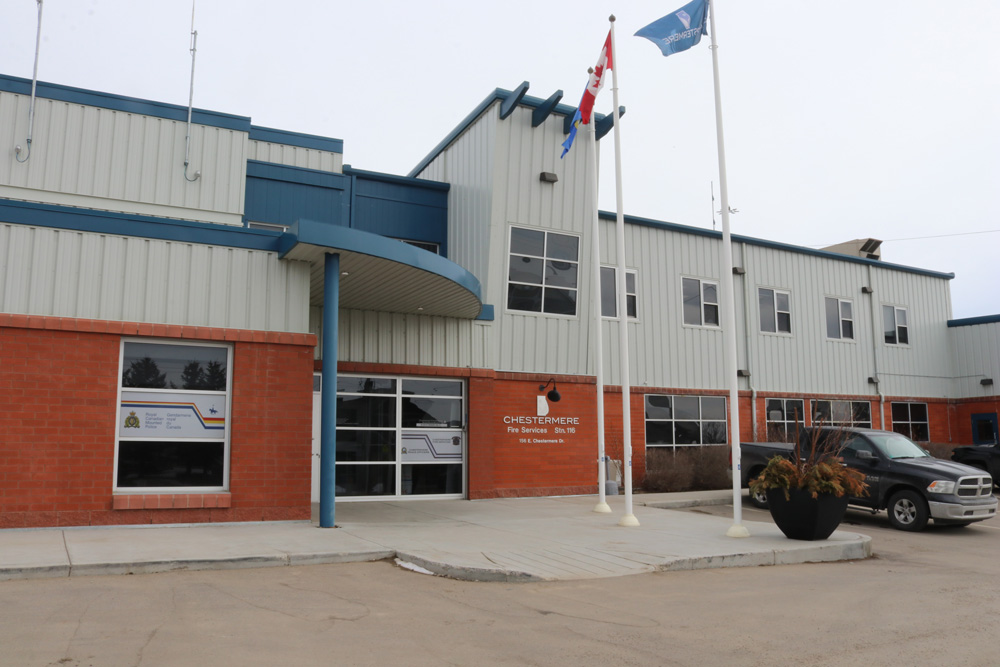 As Chestermere continues to grow, the Chestermere RCMP detachment is asking for council to begin the process of acquiring additional police officers to the community.

“One of our biggest concerns moving forward is having a strong connection with city hall,” RCMP Detachment Commander Joe Stubbs said. “Where if there are issues, they are brought forward to us from elected representatives, not from a third party.”

In 2007, there were five officers overseeing the safety of Chestermere, and in 2012 the strength of the detachment was increased when the municipal service agreement with the RCMP was signed.

In 2014 a sergeant position was added to the detachment, and now the RCMP is operating with 13 constables, two corporals, one sergeant, and one staff sergeant.

“Our actual police to citizen ratio is the lowest in the Calgary urban area, other communities are far more represented by their policing presence than we are here, but we are doing an excellent job with what we have,” Stubbs said.

Adding, “It’s very important to us to engage in the community and provide the best service possible.”

“We are very proud to be the police agency for the safest community in the Calgary urban area,” Stubbs said. “We want to open the dialogue for how we maintain these standards and keep the community safe.”

To maintain the same level of service in the community, for Stubbs, the only option is to expand the policing service as the community continues to grow.

However, the process of acquiring new police officers is a lengthy one and begins with the city making a request to the minister of public safety that the community is willing to support the new officer positions.

Stubbs anticipates the request to the minister will take several months, and positions won’t be allocated to the detachment until late 2022.

“The process for acquiring new police officers in the community isn’t a snap of the finger,” Stubbs said.

The detachment would like to have two additional corporals and four constables.

The existing multi-year financial plan between the RCMP and the city previously asked for one corporal and one constable, but the plan has been deferred for three years.

“As we have more growth in the commercial and residential sectors, the tax base will grow to the point where you can support these initiatives in having more officers and creating more community safety,” Stubbs said.

Stubbs and other officers have heard on numerous occasions that the community is concerned about youth.

With additional officers, the detachment wants to dedicate a youth officer to each shift, ensuring that no matter what day or what time there is an officer available who has specialized training in how to deal with youth not only in a reactive way but also in a proactive way.

“We do have drug use issues, we do have property crime issues and as the city grows, this is going to have more of an impact on the community. We want to make sure we can stay above this curve and continue to deliver optimum policing level to keep the community safe,” Stubbs said.

Adding, “We’re open to conservations on how we’re delivering our programs to the community.”